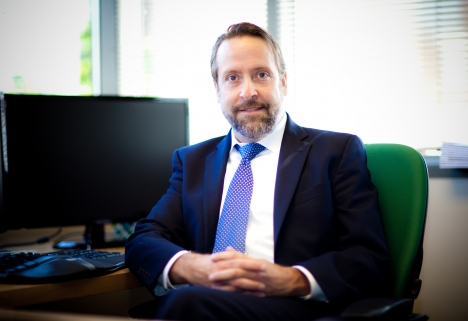 Originally from Wisconsin, Jon has lived in the Seattle area for almost 20 years. Prior to relocating to the Pacific Northwest, Jon graduated from the University of Wisconsin - Milwaukee in 1991.  After working in journalism for several years, he made the decision to relocate to Seattle where furthered his education and graduated from University of Washington with a degree in Psychology in 2000, and then from the Seattle University School of Law in 2004.

Mr. Lewis began his career as a lawyer when he took a position with the Yakima County Prosecutor's Office where he worked as a Deputy County Prosecutor until 2006, where he realized he wanted to dedicate his career to criminal defense and protecting the rights of the accused and took a position as a public defender for the City of Yakima. In 2008, he relocated back to Seattle, worked as a civil litigator, until he founded the criminal defense firm of Baker Lewis Schwisow and Laws in June of 2009.

Through his career, Jon has been an advocate for clients in a variety of criminal matters ranging from serious felonies to DUIs, and all types of assaults and thefts.  Regardless of the nature of the case, Jon is careful to listen to his client and have a clear understanding of their needs and goals to ensure a positive outcome for their particular and individual case.  This philosophy transfers directly to his clients as they seek the advice and skills of someone who will fight for their rights and feels comfortable in a courtroom arguing their position before a judge or jury.