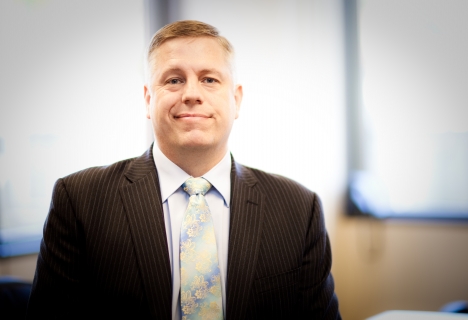 Michael was born and raised in the Yakima Valley, graduating from Zillah High School in 1988 along with 39 other classmates. He attended and graduated from Central Washington University with a Bachelor of Arts degree in psychology. While at Central, he participated for 3 years in "project Washoe", a chimpanzee language acquisition study housed at Central where 5 chimpanzees learned and used American Sign Language. He then attended Walla Walla College in College Place, Washington, obtaining his master's degree in Social Work. Michael worked for 4 years in the community mental health system in the Tri-Cities, Washington before deciding to attend law school. Mr. Law found that people would, during his work on his master's degree, tease him about his last name, saying "with a name like yours, you should be going to law school". That gentle humor became a desire to further his education, and he attended law school at the University of Montana School of Law, graduating in May of 2000.

After graduating, he returned to the Yakima area and became a member of the Yakima County Prosecuting Attorney's office where he remained for ten years, progressing through the District Court Unit, the Juvenile Unit, the Special Assault (Sex Crimes) Unit, and the General Felony Division of the office. During his ten years with the Yakima County Prosecuting Attorney's office, Michael was given the responsibility of supervising their District Court Division and then the Juvenile Division. He developed experience with every type of criminal case from DUI's to Murder. In June of 2009 he moved from Yakima to Everett to become a partner at Lewis & Laws, PLLC, where he has expanded his practice area to include Chapter 7 and Chapter 13 bankruptcy filings. Michael believes that our justice system only works if the people who make up "the system" understand that everyone deserves a fair shake on a level playing field.